Buy the Pie, Not the Blizzard 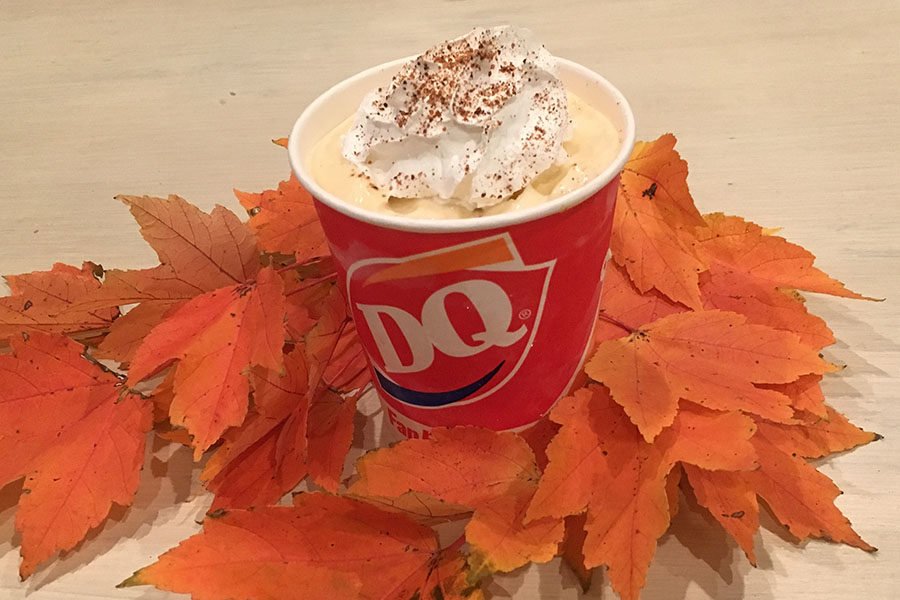 Pumpkin pie served with ice cream is a classic, much loved, Thanksgiving pairing. However, when combining the two, as Dairy Queen has done in its annual Pumpkin Pie Blizzard, things get a little confusing.

In honor of Thanksgiving, the blizzard returned to Dairy Queens across the country, more excessively decadent than ever. Advertised as “a smooth and creamy combination of delicious pumpkin pie pieces hand blended with classic DQ vanilla soft serve,” it’s easy to see why this blizzard was so anticipated. Unfortunately, the Pumpkin Pie Blizzard doesn’t live up to the high expectations.

The most glaring downfall is that it doesn’t taste much like pumpkin pie. Oh it’s pumpkiny all right. But it’s much too sweet. Pumpkin pie is known for its rather mild sweetness that doesn’t overwhelm. It’s what makes it so delicious in the first place. The Pumpkin Pie Blizzard is just overpowered with sickly sweetness. There is none of the delightful contrast one gets when devouring a bite of the humble pie and then a scoop of sugary ice cream. It’s just a melting flavor mess.

Another disappointment is the lack of actual chunks of real pumpkin pie in the ice cream. Based on the name, it’s anticipated that little bits of the cool and creamy dessert that it’s named after would be in the blizzard, but there is most certainly not pumpkin pie, or even pie crust found in the dessert. Folded into the pale orange ice cream are small ginger cookie crisps. The cookies, while at first are bearable, soon develop a soggy exterior that is neither pleasing nor tasty.

At $3.69 for a small, the Pumpkin Pie Blizzard is pricy compared to a quart of ice cream at the grocery store.

In fact, many of the grocery store bought ice creams are better in many ways. For example, Edy’s Slow Churned Pumpkin Pie, which can be found at many grocery stores, has more value and is simply a superior product. For one and a half quarts of ice cream, around nine servings, it costs $4.99. Not only is there more for less, but the flavor is much better too. Edy’s Slow Churned Pumpkin Pie, like Dairy Queen’s Pumpkin Pie Blizzard, is no slice of pumpkin pie, but it takes the classic flavors of its namesake and makes them its own, instead of trying to become the pie. It is also laced with a delightfully spiced swirl of graham cracker pie crust that, notably, is not too soggy.

Dairy Queen’s Pumpkin Pie Blizzard, though a nice shot at a creative flavor, isn’t worth purchasing. There are many other pumpkin pie flavored options that taste better, are a better deal, and are more worthy of attention than the blizzard. For those determined to find a great pumpkin pie flavor, just take a look at a grocery store’s ice cream section or, better yet, just buy a pumpkin pie.