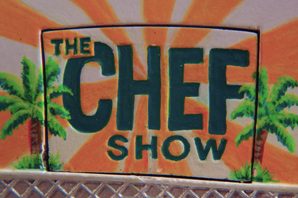 Already into its third season, the hit Netflix TV series “The Chef Show” found its recipe for success with its key ingredients, actor and producer Jon Favreau and chef Roy Choi. Based on the movie “Chef,” Favreau is alongside the real-life chef who trained him for the movie role. The two explore different restaurants, cooking techniques, flavors and people in the world of food.

With episodes varying from modern Mexican cuisine to classic Korean dishes, Favreau and Choi enter the kitchens of expert chefs and celebrity friends to witness the creation of the food that drives people together. Their down-to-earth, in-the-kitchen discussions bring out not only food on a plate, but also their philosophies in life.

Cooking and starring in this Netflix Original was not enough for Favreau, as he is also the producer for the show. Director of movies like “Elf,” “Iron Man,” and “The Lion King,” Favreau knows a thing or two about what makes a production special. What sets this show apart from other cooking shows is the variety.

Choi and Favreau don’t spend each episode in the same kitchen; rather, the two are often seen in different cities at local hot spots, learning what goes into the prized dishes of famous chefs like Wolfgang Puck. From exploring the food truck history in Los Angeles to Choi’s very own restaurant in Las Vegas, Favreau’s amateur culinary skills are put to the test and strengthened by immersing himself in the process.

A majority of the show is spent with Favreau and Choi tasting the food they have created, alongside their special guests, whether that be actor Seth Rogen or pastry chef Candace Nelson, founder of Sprinkles Cupcakes.

Each episode is under 35 minutes and only 20 episodes in total, “The Chef Show” is the ultimate binge. Between bites of food and hot pans on the stove, their endearing creativity inspires the inner foodie in everyone watching.