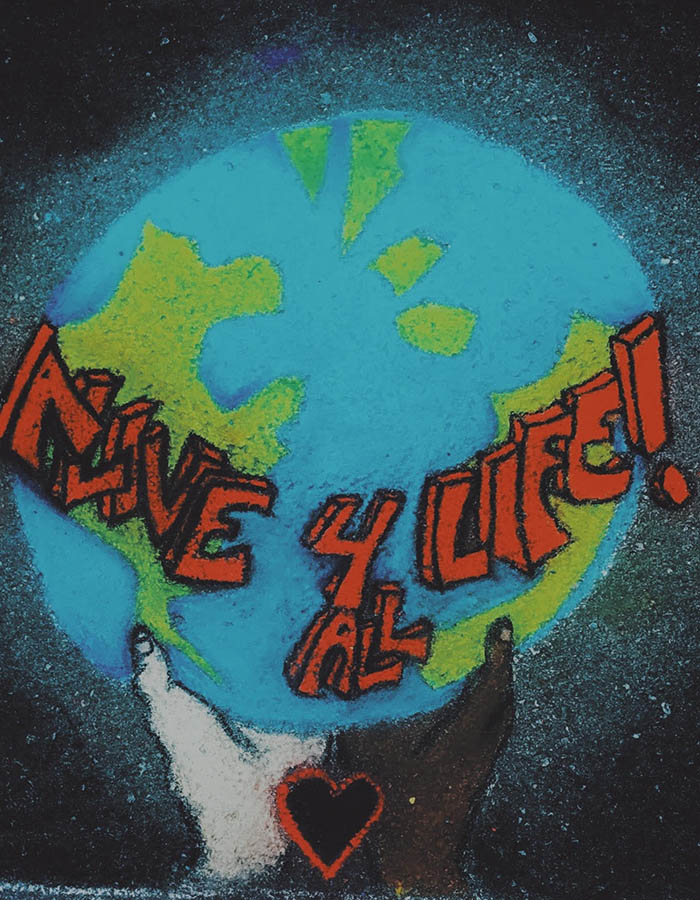 “For me, earth day is every day, but I think earth day is a great day to put extra emphasis on saving our planet,” Green Team co-president junior Nicole Jackson said.

“We wanted to make a video to give tips on how to be more green and spread awareness of how our actions affect the environment,” Jackson said. “It’s important because it’s our future. We want to do our part to make a better world for our generation and future generations.”

Athletic Director Kate Pilgreen dressed as mascot Stormy to show how she will celebrate Earth Day. The video included Stormy walking a dog outside, hugging a tree and recycling plastics. The video had upbeat background music while Stormy did her tasks outside on driveways, lawns and sidewalks. Stormy ended the video by walking into the house but being too big she kept getting stuck.

“Oh gosh. I had so many favorite parts of making the video,” Pilgreen said. “The dogs going along with my crazy antics, as always, was probably my favorite part.”

Mass was held in the chapel at 6 p.m., organized by Director of High School Campus Ministry Stephanie Pino-Dressman and presided by Father Sunoj Thomas. The Mass was to give thanks for the gift of creation and pray for those suffering, according to Pino-Dressman. Senior Anna Frerker and her mother Nikki were able to be in the chapel during Mass but because of social distancing, they were the only ones other than Pino-Dressman, Fr. Thomas and Director of Technologies Jason Ketter. Mass was different than normal without the ability to come in contact with each other. There wasn’t any hand-holding during the “Our Father” or during the “Sign of Peace.” The Mass ended with the singing of the school song and was dedicated to the graduating class of 2020.

“It was really special being chosen to do the readings as a senior and getting to spend one last time in the chapel before I graduate,” Anna said.