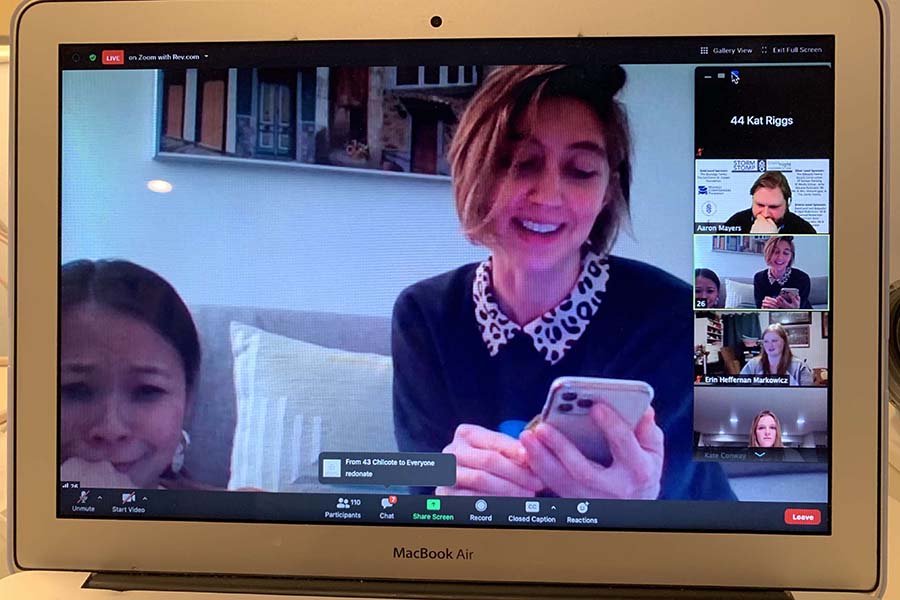 The Storm Stomp Committee hosted a game of trivia on Nov. 12 from 7- 8:30 at night for their annual fundraiser.

The Committee’s purpose is to help fund scholarships for girls who are academically eligible but financially unable to attend school. The cost was $10 per person to sign up, with a total of 113 participants. All students were invited to sign up and join.

“I liked how we were able to have time to meet with our group and talk about the questions,” freshman attendee Kosi Okuagu said. “It just felt very relaxed and not competitive at all which was nice.”

The questions included in the one and a half hour-long event ranged from three categories: disney, Sion, and 2000’s pop culture. Sion families and alumni including Heidi Gardner also joined to competed to win a cash prize of $250 eventually going to junior Abby Thornhill’s team. The turnout for this new event led to positive hopes for next year.

“We had a great last night,” Alumni & Constituent Relations Manager Erin Markowicz said. “Everyone had a great evening and is already asking when we will host the next event.”

The fundraiser was an opportunity for a community to unite from 70’s to teens. Storm Stomp Committee member junior Kat Riggs participated in the trivia night along with her friends in a group.

“All the proceeds from Storm Stomp go towards scholarships for incoming students who need assistance with tuition,” Riggs said. “That’s the main reason I wanted to be on the Storm Stomp Commitee, I wanted to help other girls get the same amazing Sion education that I have had.”