A Suppressed Issue: Pollution and COVID-19

Is the use of single-use plastics and non-recyclable packaging during the pandemic worth the global pollution it is creating? 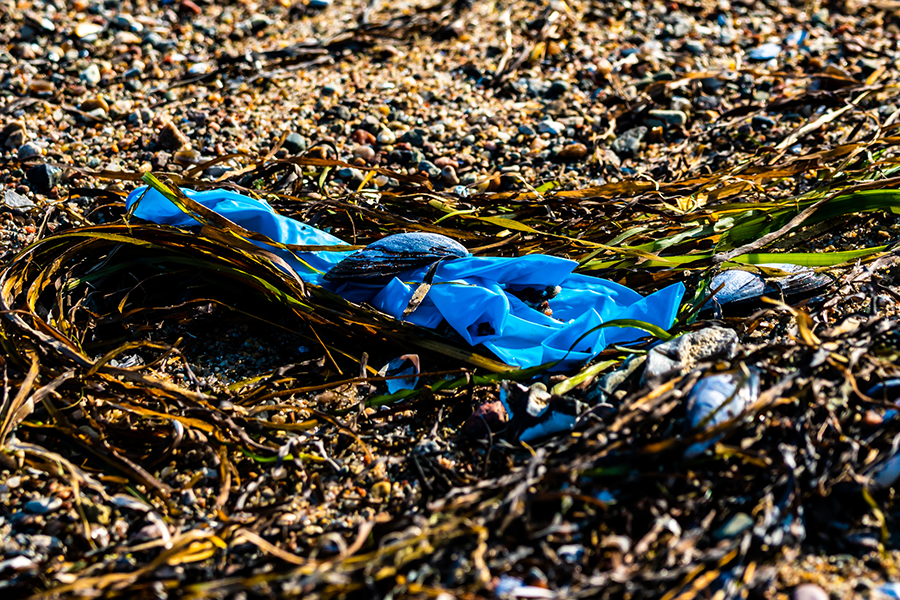 Pollution related to COVID-19 has greatly impacted the environment, especially our oceans.

You might have heard of the climate change “pause” in April, 2020, during the worldwide lockdown when the Venice Canals became blue again and whales were spotted closer than usual to large cities. We witnessed that when the earth gets a break, it makes the most of it. Well, the break is now over and pollution is back and stronger than ever during the still-raging pandemic. From millions of food items all over the world having to now be individually wrapped and the dreaded wide-spread use of the disposable mask, the earth is suffering now more than ever and something needs to be done about it.

While some aspects of global climate change may be benefitting during the pandemic, such as lower greenhouse gas levels and slightly less air pollution in certain cities because of a large percent of the population staying home, plastic pollution around the world and especially in our oceans is increasing dramatically. 30% more waste has entered our oceans due to non-recyclable materials such as masks and gloves, according to Boston’s NPR News Station. Founder of the Ocean Plastics Leadership Network, Dave Ford, states through this source that 129 billion face

masks are being made monthly around the world, many of them ending up in our waters. When saturated, these masks appear as jellyfish to certain animals whose diets contain jellyfish. The widespread use of these limited-time-use masks is making a huge impact on the environment, especially the ocean animals.

Plastics have been plaguing the environment ever since the industry began booming in the mid-nineteenth century. 129 billion face masks and 65 billion gloves are now being used worldwide every single month, according to Scientific American. Of course, this is all Personal Protective Equipment and is completely necessary during this serious pandemic. Just like the majority of people have access to reusable water bottles, the majority of people also have easy access to purchase reusable face masks that, if owned and used by a great number of people, would help tremendously in the fight against pollution caused by the pandemic.

While masks, gloves and other forms of protection are entering the oceans in great masses every day, these items are only a small percentage of all the damage being done through pollution in the past year. Single-use plastics, such as drink containers and all the plastic wrap that is in common use now to prevent the spread of germs, is also extremely damaging to the environment and is only adding to the pre-existing crisis that single-use plastics has brought onto our environment. Due to the economic crisis that came

along with COVID-19, consumers have now become more price-sensitive, according to Scientific American. Typically, items wrapped with single-use plastics tend to be on the cheaper side of the price range than products that are environmentally friendly. This has resulted in many more purchases of single-use plastics than ever before. 2020 saw about 30% more plastic waste than 2019 because of all the plastic packaging and wrapping on consumer goods.

COVID-19 has brought an innumerable amount of hardships to everyone on the planet, but we need to keep our eyes on the future and understand the gigantic impact that is being made on the environment in such a short period of time. With the climate crisis beginning to reach a point of no return, according to The United Nations, we must consider if all the plastic usage stemming from the pandemic is really worth potentially quickening the pollution of the earth and its oceans.